The Loom of God

Tapestries of Mathematics and Mysticism

"As far as I know, Clifford Pickover is the first mathematician to write a book about areas where math and theology overlap. Are there mathematical proofs of God? Who are the great mathematicians who believed in a deity? Does numerology lead anywhere when applied to sacred literature? Pickover covers these and many other off-trail topics with his usual verve, humor, and clarity. And along the way the reader will learn a great deal of serious mathematics."
-- Martin Gardner

"Pickover's lively, provocative travel guide takes readers into the fascinating realm of mystic math, from perfectly strange numbers to fractured geometries and other curious nooks and crannies of ancient worlds and modern times."
-- Ivars Peterson, Author of The Mathematical Tourist

"Chock-full of mathematical treats, The Loom of God takes you on a trip which explores ideas in a totally non-threatening, enjoyable format. Entertaining and informative adventure of Pickover's fictional characters -- Theano and Mr. Plex -- bring to life such things as: the golden mean, spirals in hyperspace, the Inca quipus, string theory, the wild and diverse world of numbers. A must for the I-hate-math person as well as the mathematical explorer."
-- Theoni Pappas, author of The Joy of Mathematics

My favorite artist is Alex Grey who has given me permission to use his illustrations in my new book The Loom of God published by Sterling. The sample images shown here are from my book, and they originally appeared in Alex Grey's Sacred Mirrors: The Visionary Art of Alex Grey (Inner Traditions International: Rochester, Vermont). The images are used in my book with permission of Alex Grey. Please do not take these copyrighted images. 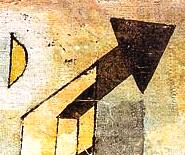 How the World Will End

A portion of the book The Loom of God deals with ways in which the world will end. Click here for more information.

More Reviews for the Loom of God 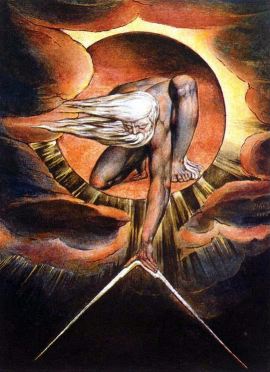 "The book is about computers, art, mathematics and religion. It melds science with science fiction, astronomy with mysticism. Pickover's goal is nothing less than to help shape readers' views of reality itself."
- ACM Membernet

"Clifford A. Pickover leads readers on a dazzling, lushly illustrated tour of the intersection of number and the numinous."
- Publisher's Weekly

"A scientist, author, artist, and occasional inventor, among other things, Clifford Pickover's resume probably really could fill a book. For brevity's sake, let's just say with eight books (and five more forthcoming), several hundred magazine articles, numerous editorships, and two US patents, in addition to his job as a researchers at the IBM Watson Research Center, Pickover keeps busy."
- Implosion, #6

"How many hours are there in the day of Clifford Pickover? He is on the research staff at IBM; he edits a number of journals; he has written popular books and apparently he has read everything worth reading. His latest achievement is best describe as science disguised as science fiction. It appears to be odyssey through time from the Greece of Pythagoras to the end of the world, but the accompanying explanations justify his theme: "Mathematics is the Loom upon which God weaves the Fabric of the Universe."... Pickover has since collaborated on a novel with the prolific Piers Anthony, and the combination of Pickover's theory and Anthony's fantasy should yield an intellectual tour de force without precedent."
- West Coast Review of Books

"I do not know if God is a mathematician, but mathematics is the loom upon which God weaves the fabric of the universe," writes Clifford Pickover in this intriguing examination of the link between religion and numbers. This is not so much a unified narrative as a loosely linked series of discussions about computers, fractals, Stonehenge, Kabbalism, and the End of the World. Why is it that famous math-minds like Pythagoras, Pascal, and Newton were also devoted believers? Or that various faiths seem so preoccupied with numerology? Pickover doesn't offer any easy answers, but this volume--handsomely illustrated with old woodcuts and other graphics--will appeal to readers who enjoy numerical games (such as the "Brain Bogglers" column in Discover magazine, which Pickover often writes) and thinking about the big questions in life.
- Amazon.com Current Events Expert Editor's Recommended Book

The Loom of God takes an entertaining, indeed playful, look at numbers and mathematical patterns and the mystical properties that have often been ascribed to them. Clifford Pickover takes you on a romp through numerological history, introducing both its characters (such as the great mathematician Pythagoras) and its concepts: triangle numbers, "perfect" numbers, Fibonnaci numbers, and more. Pickover describes how ancient--and sometimes no-so-ancient--cultures and religions interpreted the significance of various numbers; he examines the geometry of Stonehenge and considers the probability of earth's annihilation by collision with an asteroid. While many authors could chronicle the history of mathematics and its relationship with mysticism and religion, few could do it with the verve and flair that Pickover manages.
- Amazon.com Science Expert Editor's Recommended Book

"At first glance you might believe you need a doctorate in mathematics to enjoy this book. Well, you most certainly do not! You can be terrified by math when you start to read, but at the end you will be enlightened. Exceedingly interesting..."
- Baelder (UK) 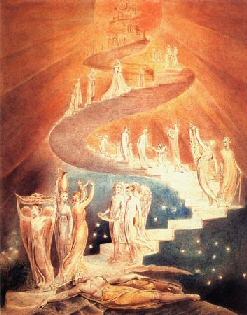 "Pickover is either the most brilliant mind since Socrates, or the biggest lunatic since Marshall Applewhite took his Heaven's Gate followers out to meet the spaceship behind Comet Hale-Bopp. This book mixes science and philosophy with a large dash of humor, a cupful or religion, a teaspoon of whimsy... The book is funny and exasperating, entertaining and baffling. Pickover hops from Pythagoras, the Incans, Stonehenge, Kabala, chakras, St. Augustine, and fractals with abandon. You hopscotch throughout space and time, interacting with range of historical figures from the Ice Age to the future. By the way, if you'd like to note it in your planner, mathematics tell us the End of the World is scheduled for August 15, 2126. Be there or be square."
- American Reporter

"Discover's resident mathematician and brain teaser takes on the greatest puzzle of them all: the relation of science to God and religion. From Pythagoras and his strange beliefs ("Don't eat food that causes you to flatulate") to Goedel's mathematical proof of the existence of God, Pickover guides the reader through the history of metaphysical logic. He explains fractals, lists mathematicians who were religious, and explores Stonehenge, Inca counting, gargoyles, craters, and the Kabala. Playful and surreal, The Loom of God is accessible to anyone who's mastered long division."
- Discover magazine

"This is the most recent addition to a fast growing series of books by Clifford Pickover, blending computers, science, art, and each time at least one special topic of general interest. This time the motto of the book is, "I do not know if God is a mathematician, but mathematics is the loom upon which God weaves the fabric of the universe."
-- Pickover can discuss the most serious matters playfully and can take a fresh look at topics that generally would be considered over-discussed. In this book he discusses questions that seemingly overlap between mathematics and theology. He does this though with a characteristic wink.
-- The reader ends up with a lot of entertaining mathematics and very little theology in the traditional sense of the word. Whether there is a mathematical proof of the existence of God appears to be a much more important question than the question itself whether God exists in the first place. The book is full of beautiful graphics, both classical from Dover volumes and those, generated by computer, famous and not so well-known quotations, imaginary characters, reader's fan mail referring to Pickover's previous books, and his trademark Smorgasbord for Computer Junkies. Pickover appears, again, as an unusual an uninhibited author in several innovative features of this volume, such as the involvement of many partners, as co-authors, through the Internet. Such a book, as The Loom of God, could not have been imagined 30 ago, and could not have been produced even 10 years ago. Today, it is all possible, and there seems to be a strong market for it. In this connection, we could paraphrase what George M. Cohan, the King of Broadway in the first half of this century answered when asked about the secret of his success, but his words have direct relevance without change. He said something like, "I am an ordinary guy who knows what ordinary guys like." This is what makes Pickover, like Cohan, extraordinary."
- Leonardo

An excellent gateway to the subject. Accessible to the general reader, the book is recommended for those intrigued by mathematical patterns and interested in speculative, at times eccentric, reasoning.
- Choice

"Thought-provoking, entertaining, eerie, magical, and lively are words that describe The Loom of God, which weaves number theory, geometry, and computer power into a beautiful tapestry of numerology, fractals, and a fantasy of our world's future. Distinctive... dazzling... unconventional... lets your imagination run wild... great for recreational enrichment reading."
- Mathematics Teacher

"Those looking for unusual and bizarre applications of mathematics will enjoy and be fascinated by Pickover's book."
- Yale Scientific

"Mathematics is the loom upon which God weaves the fabric of the universe." How are mathematics and religion related? Pickover has tackled a tough topic and written a very engaging book. He begins with Pythagoreanism, explores numerology and kabala, finds fractals in mandalas and in quipus, investigates the geometry of Stonehenge, and considers "mathematical" arguments for the existence of God... Happily, there is no mention of the modern mysticism of the Great Pyramid... Each chapter beings with an episode of science fiction (people from the future visit the past) and ends with a section on "The Science behind the Science Fiction."
- Mathematics Magazine

Clifford Pickover has more than enough imagination for a hundred regular people. An enormously prolific author, his work includes technical books on computing and scientific visualisation, science fiction, and popular works on mathematics and a wide variety of scientific topics. This book explores the boundary between mathematics and religion, including Pythagorean cults, Stonehenge, cave paintings from 20,000 years ago which may be the first numbers, the Kabala, the quipu of the Incas, numerology, eschatology, and real-world doomsday scenarios, along with a wide variety of puzzles in number theory, geometry, and other mathematical topics. One of the many fascinating unsolved problems he discusses is the “integer brick”, which seems to be more often referred to as the “perfect cuboid”: can you find a three-dimensional rectangular parallelopiped in which all the edges and face and space diagonals are integers?
(Review is continued here.)