All seminars are Tuesday at 12:05 pm in 4274 Chamberlin Hall except as noted. Refreshments will be served.

I will discuss various ideas about mathematics in which many of its practitioners seem to believe, including the Myth of Truth, the Myth of Proof, the Myth of Certainty, and so forth.

Computational complexity theory --- The world of P and NP

Computational Complexity Theory is the study of intrinsic difficulties of computational problems. The most prominent open problem is the conjecture that P is not equal to NP.  In essense this conjecture states that it is intrinsically harder to find proofs than to verify them. It has a fundamental importance in many areas from computer science to mathematics, to our basic understanding of nature.

Valiant's new theory of holographic algorithms is one of the most beautiful ideas in algorithm design in recent memory.  It gives a new look on the P versus NP problem. In this theory, information is represented by a superposition of linear vectors in a holographic mix. This mixture creates the possibility for exponential sized cancellations of fragments of local computations. The underlying computation is done by invoking the Fisher-Kasteleyn-Temperley method for counting perfect matchings for planar graphs (Dimer Problem). Holographic algorithms challenge our conception of what polynomial time computation can do, in view of the P vs. NP question.

In this talk we will survey the developments in holographic algorithms. No specialized background is assumed.

The discovery of the ER-based acetylation machinery: from aging to Alzheimer’s disease … cancer too?

Our group recently reported that mammalian cells are able to acetylate the Ne-lysine residue of nascent membrane proteins in the lumen of the endoplasmic reticulum (ER). This event was initially discovered while studying the mechanisms that regulate the levels of b-site APP cleaving enzyme 1 (BACE1), a type I membrane protein that is involved in the pathogenesis of Alzheimer’s disease. However, it is now clear that this process is not limited to BACE1. In fact, other membrane and secreted proteins as well as ER-resident proteins that are involved with synthesis and folding of nascent proteins in the ER lumen are also acetylated. Here, I will describe the biochemical properties of the individual components of the ER-based acetylation machinery and their impact on different neurodegenerative diseases, including Alzheimer’s disease and spastic paraplegias. I will also discuss the initial characterization of a newly-generated animal model showing a possible impact of the ER-based acetylation machinery on the biology of the immune system as well as the risk for cancer.

Games, learning & the future of education

Kurt Squire & Constance Steinkuehler, UW Department of Curriculum and Instruction Games have emerged as an ascendant cultural form and metaphor for modern experience. As games (and associated ideas such as gamification) transform social institutions, they are poised to transform learning and education. In this presentation, we review research on games as designed experiences, game communities as learning communities, and the role of games in changing the face of institutions for learning. We begin with a general overview of key, driving ideas in the field of games and learning. We dive down into basic research on learning with games in formal and informal learning settings, exploring interest-driven models of learning in after school gaming clubs. We then turn toward design-based research efforts exploring the potential for designing games for learning, particularly in science. This model, “designing games to broaden public participation in science” illustrates an emerging pedagogical model in which games are used to create context, spark interest, develop skills and knowledge and then propel learners toward authentic participation in complex social practices.

Mitochondria are ubiquitous, tiny metabolic machines that live inside nearly all of our cells. Collectively, the make up ~10% of our body weight, and consume ~90% of the oxygen that we breath. They are best known for their role as "power plants" that transform different fuel sources into the universal cellular energy currency, ATP. However, their physiological functions are much more diverse, and their dysfunction leads to a wide spectrum of human disorders ranging from cancer to neurodegeneration. My group studies the composition and biogenesis of these organelles, and how defects in specific mitochondrial proteins gives rise to human disorders. To do so, we leverage a broad range of techniques including mass spectrometry-based proteomics, chemical genetics and mouse physiology.

A few things that we learned from Galileo, and a few things we didn't

There are quite a few myths and misunderstandings about Galileo's scientific career, many of them commonly propagated by scientists in the classroom. This historical talk will endeavor to examine and correct some common myths about Galileo and to highlight some of the lessons that we should take away from the events of his tumultuous life.

This talk is available as a Prezi presentation.

Computed tomography (CT) is the reconstruction of the interior of a volume from many views of projections through it. X-ray CT lead to a revolution in medicine and with other scan types has revolutionized medicine including largely eliminating exploratory surgery. Optical, charged particle, and neutron beam CT systems are also being used in many scientific disciplines. The algorithms for reconstruction involve complex mathematics that are prone to measurement inaccuracies that lead to artifacts.

A central problem in evolutionary theory is why life is hierarchically organized. This problem can be decomposed into four somewhat separate issues (1) the causes of the emergence of novel, functionally important spatial and temporal scales, (2) the reification of these scales into new organizational levels, (3) the multi-level selection problem, and (4) transitions to new kinds of individuality. In this talk, I will focus on (1) and (2), using data from an animal society model system to illustrate how adaptive macroscopic properties can arise as many individuals simultaneously coarse-grain over microscopic interactions to reduce uncertainty and tune decision-making strategies.

Food waste, hunger and the environment: the solution is a pile of garbage

Agricultural production and processing represent diverse, independently managed and complex systems overlaid with equally if not more complex biological and climactic variables.  As such, waste happens, but not necessarily where one might expect.  According to Jonathan Bloom in American Wasteland, per capita food waste has increased by 50% since 1974, with the majority of this waste in the trash bin at home.  Food currently accounts for 19% of landfill waste.  Additionally, food production represents almost one fifth of total U.S. energy use and the vast majority of consumptive water use.  Meanwhile, over 20% of children are in food insecure households – meaning that they are unsure of where their next meal will come from.  Hunger in the U.S. is at the highest level since recording of such data began and continues to rise.  In this seminar, we will discuss the complexities of the food system that lead to waste and potential solutions that address hunger while protecting the environment.

Role of biofuels in meeting our future energy demands

The Renewable Fuels Standards (RFS) set out in the 2007 Energy Independence and Security Act call for an increase in the use of renewable transportation fuels to 36 billion gallons per year by the year 2022.  In order to meet these standards, there will be increased demand for cellulosic feedstocks such as agricultural residues and dedicated bioenergy crops.  This could result in increased production intensity on existing cropland or expansion of production into environmentally sensitive lands, which will impact soil carbon and nutrient content of agricultural soils.
Some of the major questions surrounding biofuels feedstock production include what the long-term impacts of these changed production practices on soil fertility will be and whether or not farmers are willing to manage their land for bioenergy feedstocks.  There is much uncertainty around the complex interactions among biophysical crop characteristics, agronomic practices, and the socioeconomic factors of the farmers who will manage the bioenergy feedstocks.  The research of these system intersections will determine the role of biofuels in meeting our future energy demands.

Searching for the earliest life on Earth

Finding evidence for the earliest life on Earth requires a bit different approach than say digging for dinosaur bones, because the evidence is much more cryptic. Microbial life dominated the biosphere for perhaps 4 billion years, yet the number of known localities of undisputed microfossils is quite small. What is a weird spot under the microscope and what represents true cellular remains? Fossilized microbial communities (stromatolites), which give us a hint about ancient ecosystems, are even more rare, and also subject to debate. Another approach, one we are taking at UW-Madison, is to look for the fingerprints of ancient microbial metabolisms that are left in the isotopic record of element that are cycled by life. These can be found in remnant carbon compounds, or in inorganic minerals that may be the product of microbial metabolism. In addition, such fingerprints inform us about past environmental conditions that permit, or do not permit, life (liquid water, etc.). We will take a broad tour of these issues, focusing on what we know, and do not know, from the formation of the Earth at 4.5 b.y. ago up to the first major rise in atmospheric oxygen about 2 b.y. ago.

The prospects for extraterrestrial life

The betting odds for discovering ET life have increased dramatically recently because of discoveries in astronomy, oceanography and extremophile biology.

B--Is There Humanoid Life on Other Planets?
(An update of my 1970's lecture given at Milton College, the UW Madison, and Wisconsin Public Radio.) 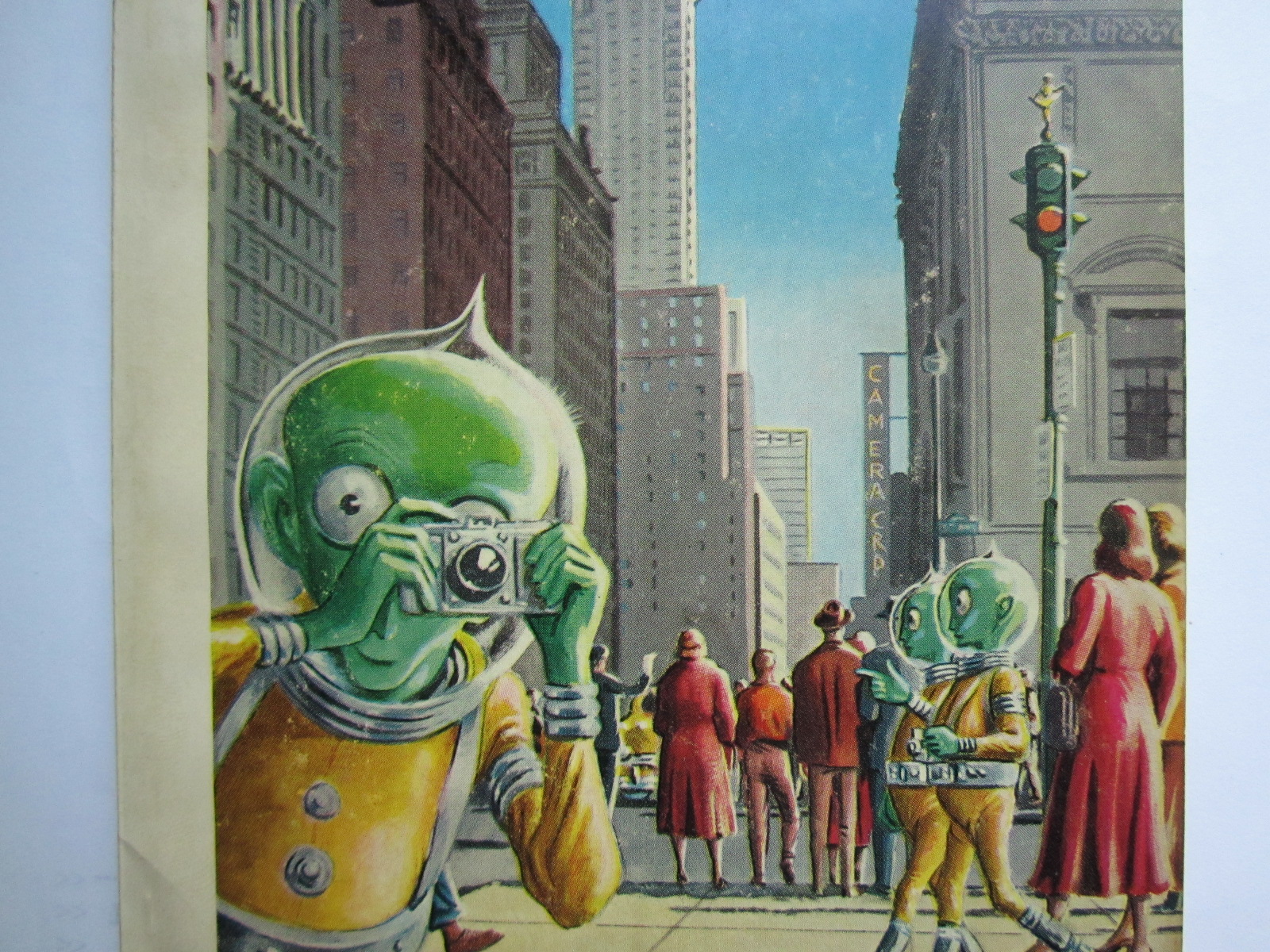 Cognitive functions of language and their implications for language evolution

Language is a defining trait of our species. A standard assumption shared by many in the cognitive sciences is that language simply allows for public expression of ideas that are themselves represented in a language-independent ‘mentalese’. Similarly, capacities on which humans appear to differ markedly from other animals—relational reasoning, theory of mind, categorization, and executive function—are often viewed as developments largely unrelated to language. In contrast, recent empirical evidence suggests that normal human cognition is actually language-augmented cognition. Exploring the role that language learning and language use exerts on human cognition leads to a better understanding of the evolutionary trajectory of language and offers a partial solution to the puzzle of how humans have come to possess intellectual capacities that could not have evolved through natural selection (“Wallace’s problem”). A computational framework for exploring the role language exerts on cognition is also discussed.

Is there a path to renewable fuels, and why would we want to go there?

Woody biomass has been used as a source of fuel since before the emergence of civilization. Starting in the 17th century, the coal-fired industrial revolution greatly increased the capacity for power generation. By the 20th century, the convenience of petroleum-derived liquid fuels ushered in easy, rapid personal transportation. The resulting increases in agricultural productivity spurred rapid population growth and unprecedented prosperity to a significant fraction of the world’s inhabitants. The question before us today is whether such lifestyles can be maintained in the face of rapid climate change and dwindling resources.

Contemporary biofuels made from sugars, starches and plant oils are incorporated into gasoline and diesel supply systems. Is this the best use of potential food resources, or should we look to other feedstocks? Is it desirable to use wood? What biomass is available? Is its use sustainable? What are current domestic policies and are they working? Why are we concerned about biofuels anyway? What about electrical vehicles? How much can be gained from efficiency? Which conversion technologies work? How much do they cost? These questions have been researched through large government-sponsored programs and actively debated for at least the past 35 years. Conceptually, the approach is even older.
If we are serious about environmental sustainability, feeding our population and renewing a hope for future society, we must think realistically about feasible alternatives to present practices.

This talk is available as a PowerPoint presentation.